An Evolution in Shutters 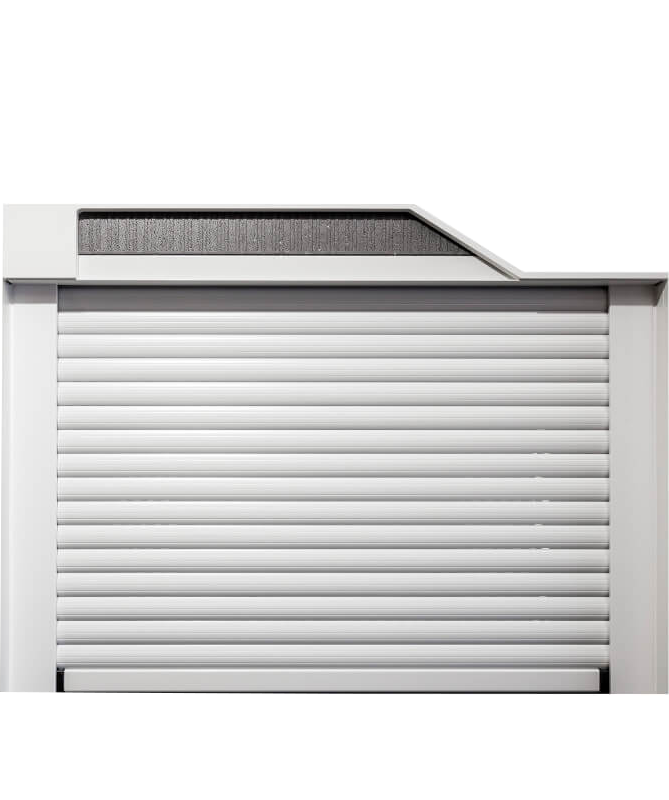 Nowadays, no window should be without roller shutters. Whereas curtains, shades and old-fashioned shutters have been standard for many years, today's technology eliminates the need for them and all the required cleaning, installation, repairs and so forth. Top mounted roller shutters are installed directly in the facade above your window either during construction or can also be retrofitted. They provide superior shade, noise reduction, insulation and security all without taking up extra space inside or outside or requiring you to drill holes and mount fixtures in the walls. Unlike all other options, they can provide complete darkness when rolled down in contrast to curtains for example which make them particularly well suited to bedrooms. Made of either aluminium or uPVC, they protect both your window and your home while adding a level of convenience not found in older solutions. There's a reason they are standard in most of Europe and gaining popularity elsewhere. 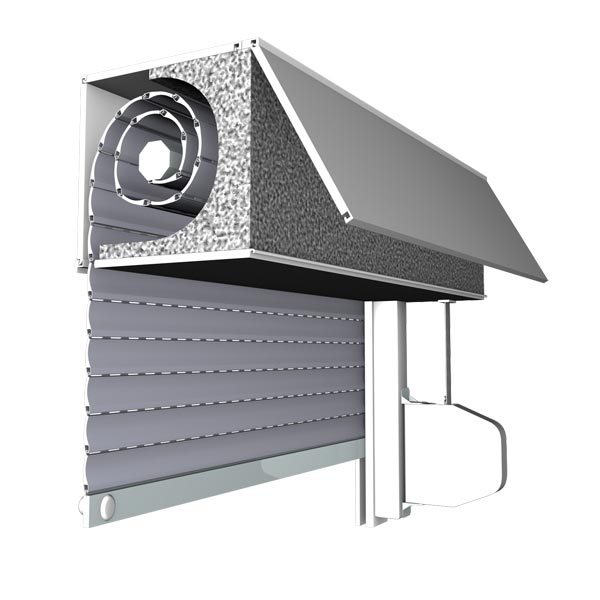 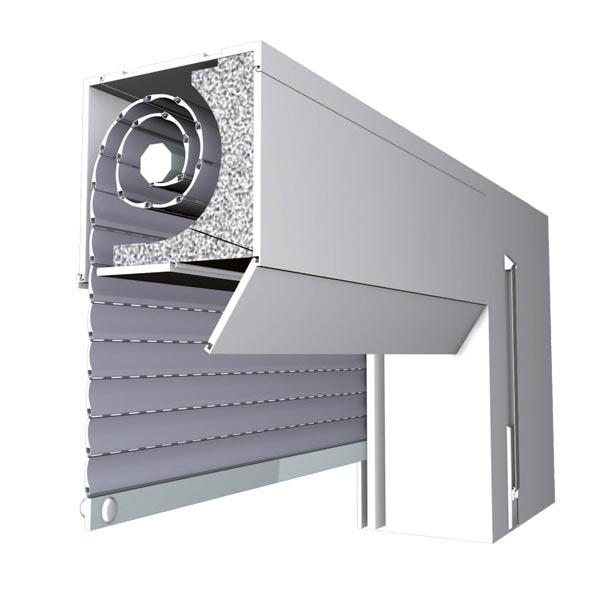 This model is best suited to new construction. Thanks to excellent acoustic and thermal insulation, you can enjoy quieter and warmer nights while improving your home's energy efficiency.

The Top Duo model offers a large selection of wood and other decorative finishes. With a variety of customisation options, you can design them with the perfect fit and look to match your windows.

Top mounted roller shutters are an integral part of the window itself and can be paired with uPVC, wood or aluminium clad wood windows. Key features include:

While top mounted roller shutters are somewhat more difficult to remove since they are part of overall window, they offer a variety of advantages when compared to mounted options. Of course, in most cases, they are never removed after installation until the window is replaced a decade or more later. 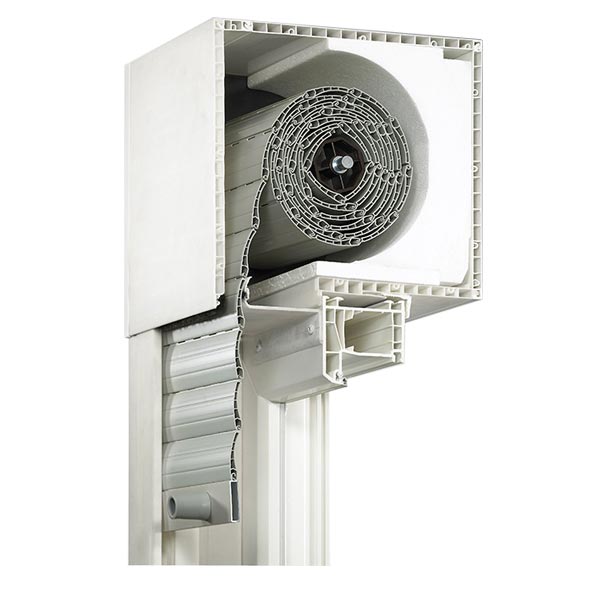 Both top and front mounted roller shutters differ primarily in terms of installation and removal. It is important to also keep the physical requirements in mind such as the amount of available space or the window shape (e.g. square vs round).

Top mounted roller shutters are installed in the window opening and designed to blend in seamlessly with the facade. They are available in all RAL colours and with decorative finishes so that they are barely noticeable from inside and outside. They can also be plastered over if desired. Many architects and designers today even take advantage of the opportunity using the shutter boxes to add coloured accents to the facade. In contrast to front mounted shutters whose boxes are always visible, top mounted shutters give you both options.

Roller shutters are available with three different methods of operation:

Additionally, every model can be fitted with integral bug screens which can be operated separately from the shutters and are invisibly stored above when not in use.

The belt or tape option was most widespread for many years. It involves a belt connected to an overhead drive wheel. By pulling the belt or tape up and down (similar to raising or lowering a flag), the roller shutters are raised or lowered. This method is simple, almost never requires maintenance and will last for many years due to its simplicity.

With this option, a rod is connected to the overhead assembly with a crank on the end. By turning the crank, the shutters can be raised or lowered. This is a particularly good option for large and oversized windows.

Particularly well suited for large window surfaces with heavier shutters, an electric motor is the easiest option. A small control unit by the window (similar to those for air conditioning and heating) is used to operate the shutters with the press of a button.

For those in warm climates or even just during the summer months, adding integral bug screens allows you to easily keep windows open during the day or night without worry about mosquitoes and other bugs finding their way inside.

The main difference between each type is their installation method. Top mounted shutters sit directly above your window frame and are both installed at the same time into the opening. Thus, they disappear into the facade unnoticed. Mounted roller shutters are installed on the outside of the window with the shutter box being visible. With multiple models and customization options, we can provide the exact size and style to match your windows and home.

Share your project with us!
Receive a FREE QUOTE in 48 hours.
Receive a free quote for your custom project
Front Mounted Roller Shutters
Classic georgian windows
Was this information helpful?
( 24 ratings , Ø 3.00 ) Thank you You have already voted